The Necromancer class is one of the three classes that Artix can take the player to be trained.

Tactic (Non-DA): A combo for players wearing this armor is:

Tactic (DA only): An easy way to kill Alina/Cysero, using this class, is to use "Dominate" and watch them deal themselves extreme damage. However, due to the backwards effect of "Dominate", there is a 50% chance that the trick will backfire. 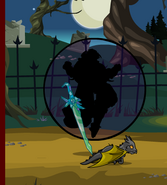 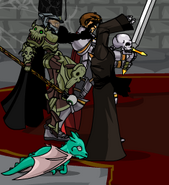 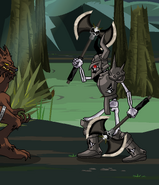 Mend
Add a photo to this gallery
Retrieved from "https://dragonfable.fandom.com/wiki/Necromancer_Armor?oldid=23291"
Community content is available under CC-BY-SA unless otherwise noted.